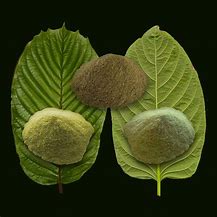 In recent kratom news, on Tuesday, February 6th, Scott Gottlieb of the Food and Drug Administration sent an alarming message to the community by declaring kratom just another opioid. Gottlieb also cited that the FDA firmly believes there are no positive uses for the herbal supplement. Scott Gottlieb, FDA commissioner, stated previously and once again on Tuesday, “we feel confident in calling compounds found in kratom opioids” and believes the FDA has an obligation to continue the all out assault on our miracle plant.

Mitragyna speciosa, known better as kratom, has become a much more holistic alternative to opioid pain relievers and anxiolytics (anti-anxiety). This  threatens the pharmaceutical industry. With so many Americans opting for holistic treatment over the lab-made medications, the pharmaceutical industry could potentially lose millions of dollars in narcotic sales. This undoubtedly is the root cause of this senseless war, not that they fear for our safety. Gottlieb cites 44 deaths have occurred  since April 2011, with almost each person having a toxicology report showing other substances were present besides kratom. No one can clearly say that kratom was the sole cause of death in any of these individuals. The hard truth is kratom was combined with other narcotics and it is asinine to believe otherwise. Gottlieb said, “”It’s very troubling to the FDA that patients believe they can use kratom to treat opioid withdrawal symptoms” a statement that clearly tells the kratom community how unhappy they are that their pharmaceutical empire may crumble if people continue to substitute kratom for their death pills.

The indiginous people of Southeast Asia have used this deciduous coffee species, mitragyna speciosa, as a natural source of energy and for many other holistic health benefits. In the rainforests, where mitragyna speciosa flourishes abundantly, the uses for kratom has flourished as well. Kratom is derived by grinding the leaves of the tree into a fine powder and then either brewed into a tea or placed inside a gel capsule. Kratom has been used as a powerful analgesic, especially for the field workers who labor treacherously in the tropical climate of Southeast Asia. It has known antidiarrheal and anti-anxiety properties, and has been used for nausea and vomiting for centuries. Lately the world has come to realize just how beneficial kratom can be when used to lessen the withdrawal symptoms of ending an opioid addiction. Kratom has been used as:

Mitragyna speciosa is comprised of numerous key alkaloids, some strains yielding well over 40 unique alkaloids in each dose. Mitragyna speciosa contains alkaloids which bind mu- and kappa-opioid receptors, thus mimicking the effects of an opiate and lessening the symptoms of withdrawals, for instance nausea and vomiting and even muscle aches. Studies have been conducted by many professionals as to why this happens, and the numerous benefits of kratom, regardless of what the FDA says, there are many positive benefits to kratom’s use.  Searching online forums the success stories are continually pouring in, many individuals owing their new life to kratom. The American Kratom Association has a plethora of individual success stories to prove just how beneficial mitragyna speciosa is for treating chronic pain, anxiety and opiate withdrawals.  For Scott Gottlieb to show concern for us is unjustified, as the number of deaths due to opiate overdose far outweigh those suspected deaths from kratom use.

With this new statement surfacing online and in the mainstream media, the kratom community has no choice but to be on high alert for further actions by the DEA and FDA. Approximately 3 to 5 million users are anxiously watching for their next move.  Scott Gottlieb says shipments of kratom at customs from overseas have been regulated and new shipments are now being seized. So as of now we are safe, but just how long remains the mystery. The DEA tried banning kratom last August but was shocked by the public outcry to keep it legal and they retracted their talons. The kratom community has a secret ally, and should desperately ask for it to be implemented. It is named the Dr. Benjamin Rush Amendment. Dr. Benjamin Rush, both a congressman and well-respected physician, wrote the Dr. Benjamin  Rush Amendment as a means for the American people to recieve natural and holistic care, cheaper health care and insurance, and a freedom from tyrannical medicine. If enacted, the American Government no longer has any say in what we treat ourselves with or how we do it, as long as it hurts no one in the process. Considering the Earth is adorned with millions of plants and trees that are beneficial for treating a host of illnesses, this is the only possible solution to medicinal freedom. If each of us does two things then perhaps we can stop the FDA and DEA, or postpone their decisions further.

In conclusion, the FDA has shot new arrows into the war on kratom’s battlefield, and it is only a matter of time before an all out assault commences. If each of us steps up and does our small part then perhaps we can sway the FDA into ending this senseless war. Kratom has immense benefits and has helped millions of people, it is ridiculous to strip us of that now.